We offer telemental health services that are hipaa compliant and confidential in accordance with the TeleMental Health Board Certification Board standards.

Would you like to switch to the accessible version of this site?

Don't need the accessible version of this site? 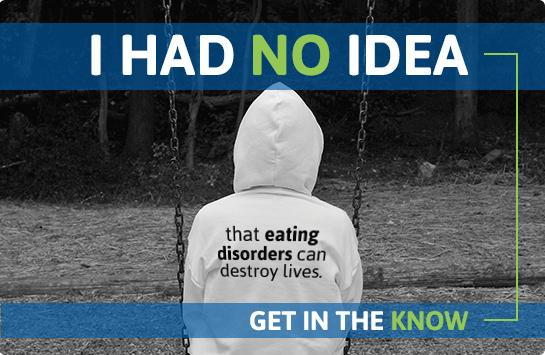 Like many women of my generation, I grew up hating my body. I learned to do that from the culture, the media, and especially my family. The first thing any of the women in my family said to each other was either You look great—have you lost weight? Or God, I’m such a whale, I really need to lose five pounds. To be a woman, I learned, was to constantly strive toward an impossible threshold of thinness, and to willingly join in on the public criticism of my body.

It never occurred to me there was anything wrong with this. In fact, if I’d thought about it at all, I probably would have said this kind of self-loathing was good for me. Without it who knows what might happen to my body? I needed that self-hatred to keep my appetites in check.

That all changed when my firstborn developed anorexia. Suddenly so many of the hateful things I’d thought and said about my own body were spewing out of her mouth. It was like my own inner soundtrack was on speakerphone. Comments that seemed perfectly appropriate when I thought them about my own body sounded horrifying when my daughter directed them at herself.

Even worse, in some ways, were the unsolicited comments from other people. The first one came on the day my daughter was diagnosed with anorexia nervosa. As she lay on the examining table, her shirt open so the EKG leads could be placed, the lab tech said to her, “You’re so nice and slim! How do you keep your figure?”

If I’d had a loaded gun handy, I would have pulled the trigger.

But in a sense the tech had done nothing wrong. She was, as she tearfully told me later, “just trying to be nice.” And I believed her. In a culture that demonizes fat in every context, the highest compliment you can pay a woman is to call her thin. Since then I’ve heard thoughtful, kind, progressive people make the vilest comments about weight, their own and other people’s, in public, without a shred of shame. In fact, such comments always come with a heaping dose of self-righteousness. If you want to understand the true depth of our culture’s fatphobia, I invite you to read some of the excoriating emails I’ve gotten over the years.

After my daughter got sick, and during the long recovery that followed, I came to a different understanding of this kind of weight stigma. It’s more than the occasional mean or thoughtless comment; it’s a foundational framework, a lens through which we continuously see and categorize and judge one another. And ourselves. To question this deep fatphobia is in some sense to question the unspoken social contract, and it puts you very much at odds with mainstream culture.

My daughter’s recovery work required us to not just question the cultural norms around weight but to flip them. Sometimes the results were funny, like the looks we got one night in a grocery store as we searched for the highest-calorie ice cream when everyone else was looking for the low-cal brands. Sometimes they were not so funny, like the day I was clothes shopping with my daughter in tow. As I stood in front of a mirror considering an outfit, the sales clerk said to my daughter, “You’re lucky—you got the thin genes in the family!” I severed friendships with people who couldn’t or wouldn’t stop commenting snidely on weight in my presence. Even after I asked them not to, reminding them that the pursuit of thinness had nearly killed my daughter.

Flipping the norms also put us at odds with many medical professionals. I came to realize how prevalent weight stigma is among eating disorders specialists. More than once I overheard a doctor or therapist promising my daughter, “Don’t worry—we’re not going to let you get fat.” As if being fat—whatever that meant—was the worst thing that could happen to her, worse than nearly starving to death, worse than the anxiety and depression and anorexia voices that tormented her for years.

My feelings about weight did a hard 180 during and after my daughter’s illness. Every pound she gained during that long, hard-fought recovery was one step away from the nightmarish rabbit hole of anorexia, one step closer to getting my laughing, curious, loving daughter back.

Fatphobia doesn’t cause eating disorders, or at least not directly. But it certainly contributes, and it absolutely makes recovery much harder. My daughter’s illness made her fear fat and fatness, and that fear was validated by everyone and everything around her. A culture as insistently, vociferously fatphobic as ours amplifies the anorexic voice that tells sufferers they’re worthless, unlovable, and disgusting unless they continue to lose weight. Recovery is hard enough without those messages.

While it’s still sometimes awkward and difficult to think about weight so differently from almost everyone else, it has also brought me some relief from my own body angst. So I’ll keep writing and talking about it. I’ll keep challenging those cultural norms every chance I get. Maybe the next generation of people with eating disorders will find recovery just a little bit easier as a result.

Harriet Brown’s latest book is Shadow Daughter: A Memoir of Estrangement. She is also the author of Body of Truth: How Science, History and Culture Drive Our Obsession with Weight—and What We Can Do About It and Brave Girl Eating: A Family’s Struggle with Anorexia. She is a professor of magazine, news, and digital journalism at the S.I. Newhouse School of Public Communications.